Rise of the Cloth Babies 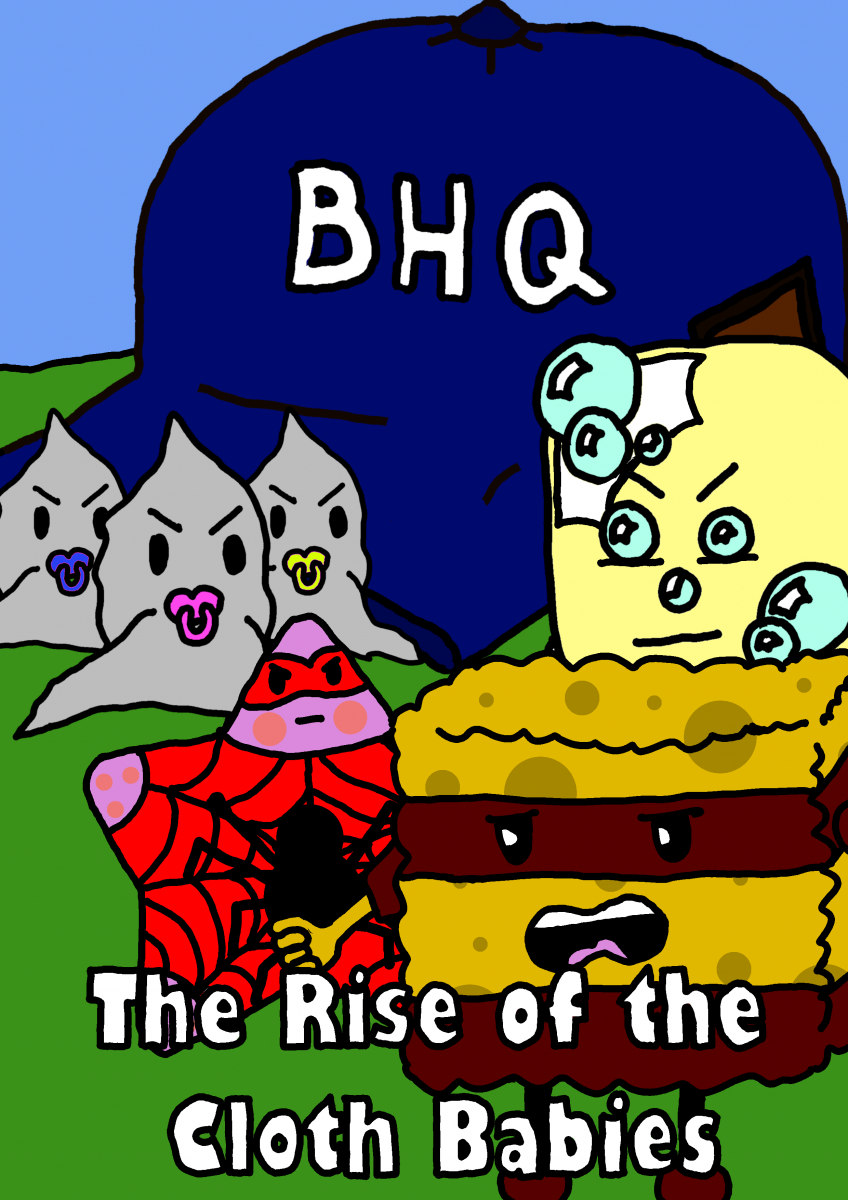 Super SpongePool was walking down his street when he came across a homeless man and gave him money. He walked down to his house and went into the spongallow. He had a spog (which is a sponge dog) who was yellow and spotty. His spog greeted him and made him fall over he licked him so much.

By the time that SpongePool got outside, SpiderStar had beaten up Buck. “Don’t mess with homeless people!” said SpiderStar.

Super SpongePool saw Buck calling for backup and then SpiderStar was kidnapped by the cloth babies. He was put in a van and driven to the Baby Headquarters. SpongePool followed him on his spongerbike.

SpongePool got to the Baby Headquarters and it was a giant blue baseball cap. There was a colossal sink in there and the main boss is a humongous red bar of soap that smells of roses! His name is Bar-ry.

The homeless man reappeared and turned out to be a bad guy! The homeless man turned into a baby guard and SpongePool got locked into a prison with SpiderStar. They were in the same cell and they became best friends.

But then, at night, SpiderStar couldn’t sleep so Bar-ry gave him a potion which turned him into a zombie. Super SpongePool was locked in the cell with the zombie. Buck came to try and save them...