The Tale of the Island of Doom

As Paul stepped out of his spaceship onto the Island of Doom he saw that the oxygen was nearly depleted. But luckily he could breathe carbon dioxide! He realised that most of the animals on the island had already died.

Some animals got into the ship which caused it to self-destruct to get rid of any viruses.

As he explored the island he found that there were only ten species of animals left.

One of the last species was a turtle. 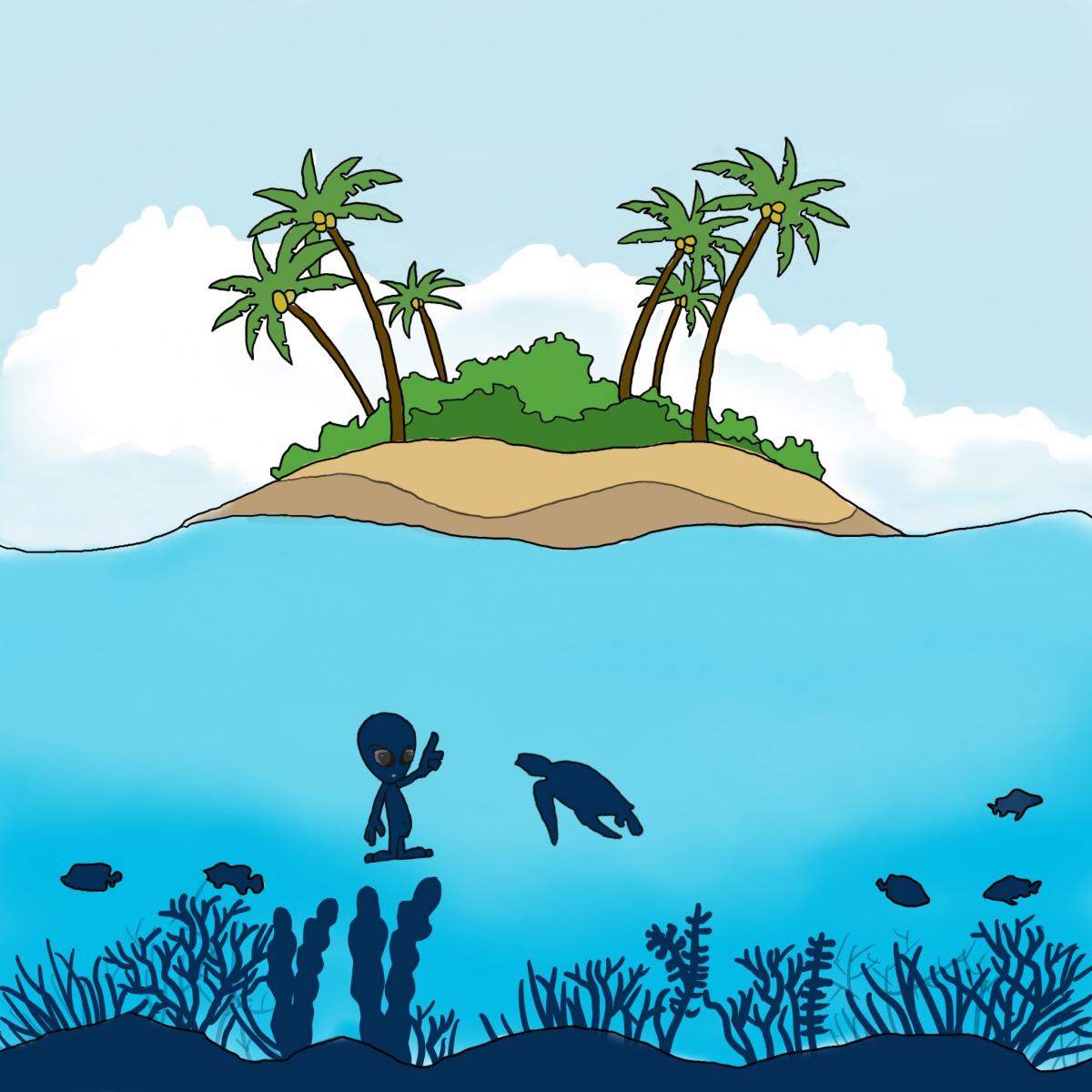 He met a turtle with a multi-coloured shell called Jeffrey.

Jeffrey saw a red creature with a tail, fins and a big, bulky torso with sharp blue feet, with two sets of long arms that looked like they could crush a boulder in seconds.

“Hi I’m Paul. I’ve come to save your species from certain extinction as you’re only native to the Island of Doom”, informed Paul.

“I thought it was the Island of Luxury. This is a paradise, there’s plenty of coconuts,” said Jeffrey with pride.

“Don’t be fooled, it’s luring you in like the other twenty species of animals!”

Suddenly a small boat arrived and dumped a load of plastic onto the beach, on top of a Spanish parrot called Amelia!...